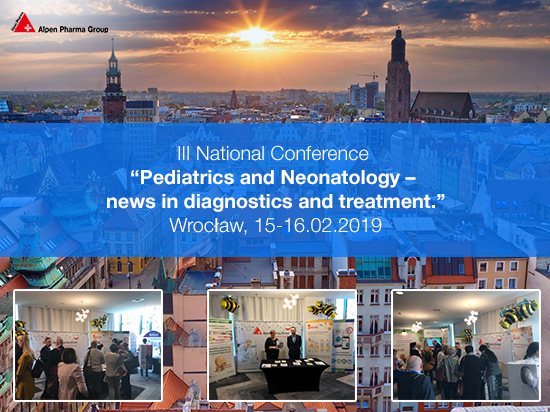 On February 15-16th  2019 at the Conference Hall  of the Ibis Hotel with the support of Alpen Pharma AG were held III National Conference – “Pediatrics and Neonatology – news in diagnostics and treatment.” This conference was visited by approximately 500 participants, such as pediatricians and neonatologists.

Another report was about experience in using Apicold syrup in patients with unproductive cough. In this research Apicold syrup showed an additional antiviral activity due to Galangin flavonoid in its compound.

The participants had a chance to discover that Alpikol is the first hand remedy for begining of cold, because Alpikol can support the body in fighting with the symptoms in a natural way, and not affects the body’s immune response.

Also on the conference was presented new product – Active Flora Baby that can be used in parallel with antibiotics. It contains LGG strain, the most studied lactobacilli, suitable even for premature infants.

Any cookies that may not be particularly necessary for the website to function and is used specifically to collect user personal data via analytics, ads, other embedded contents are termed as non-necessary cookies. It is mandatory to procure user consent prior to running these cookies on your website.